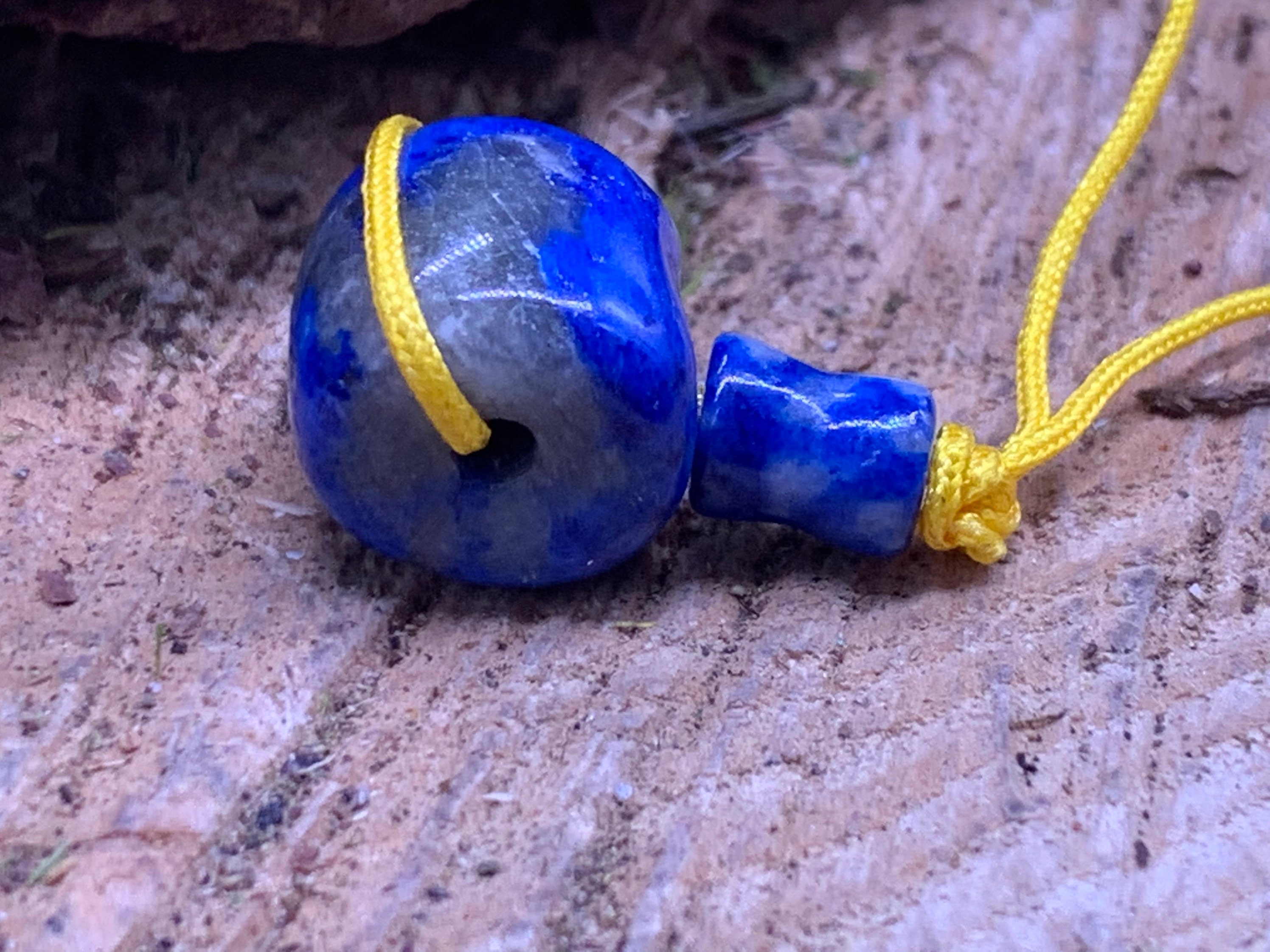 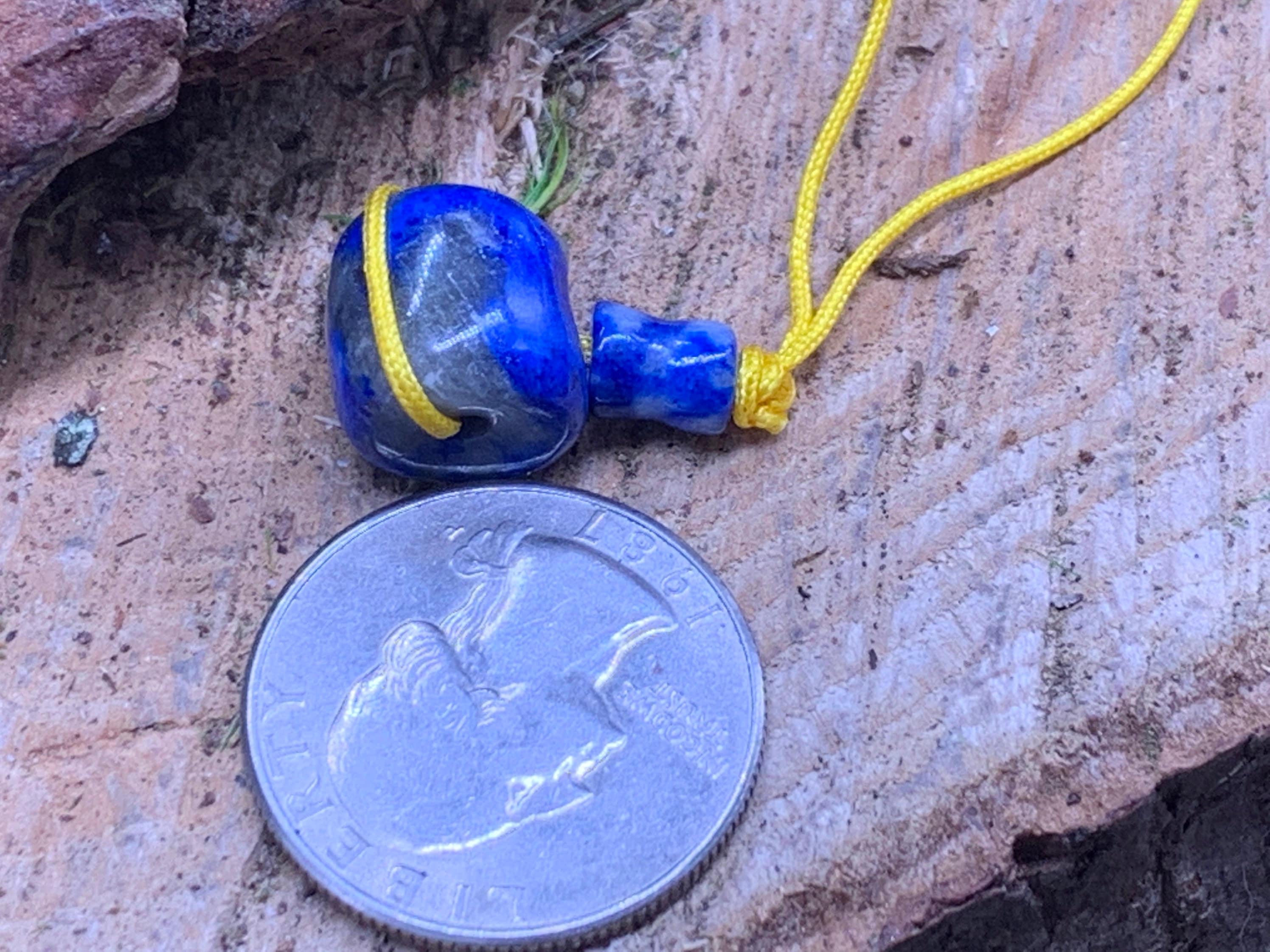 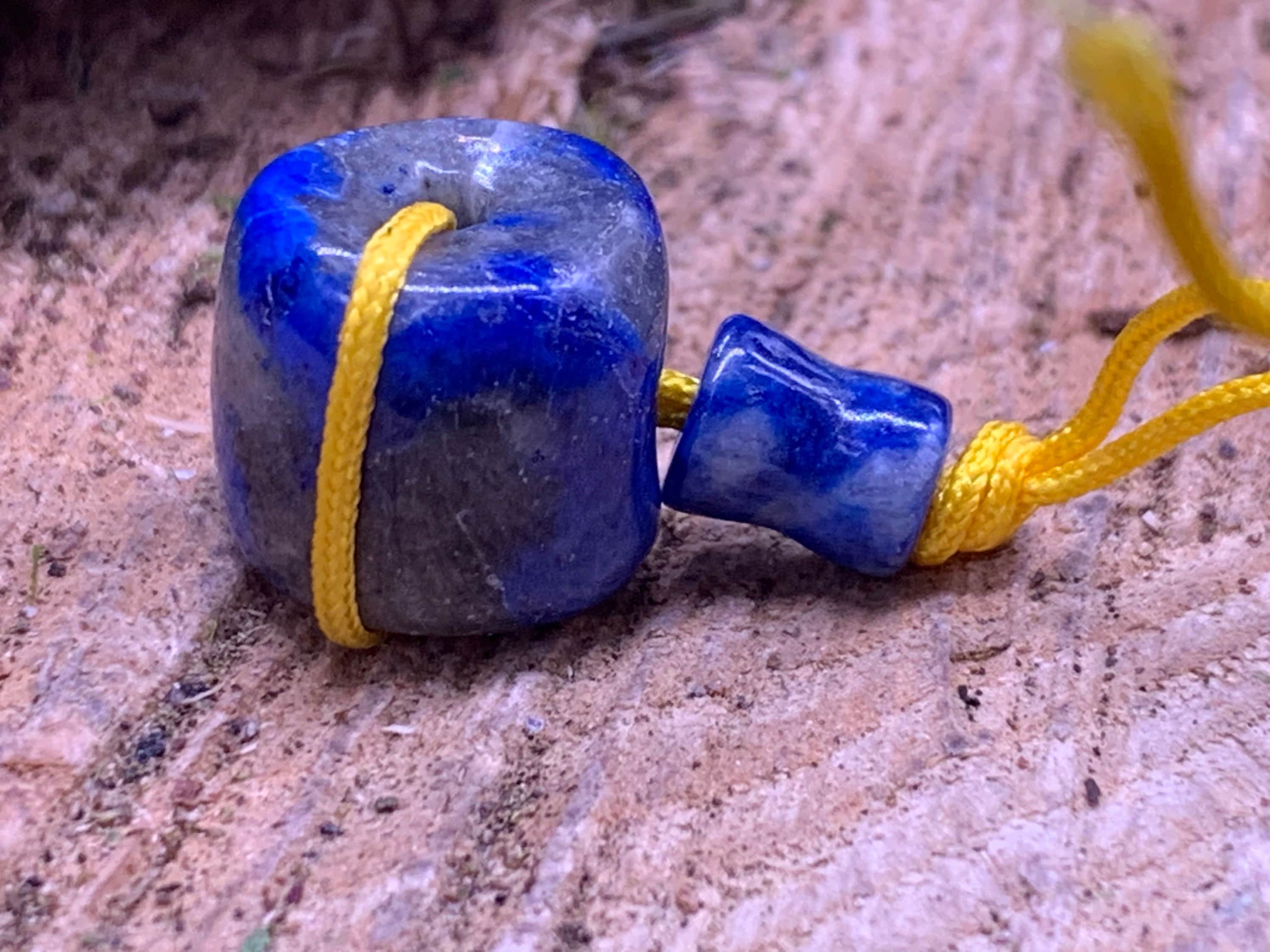 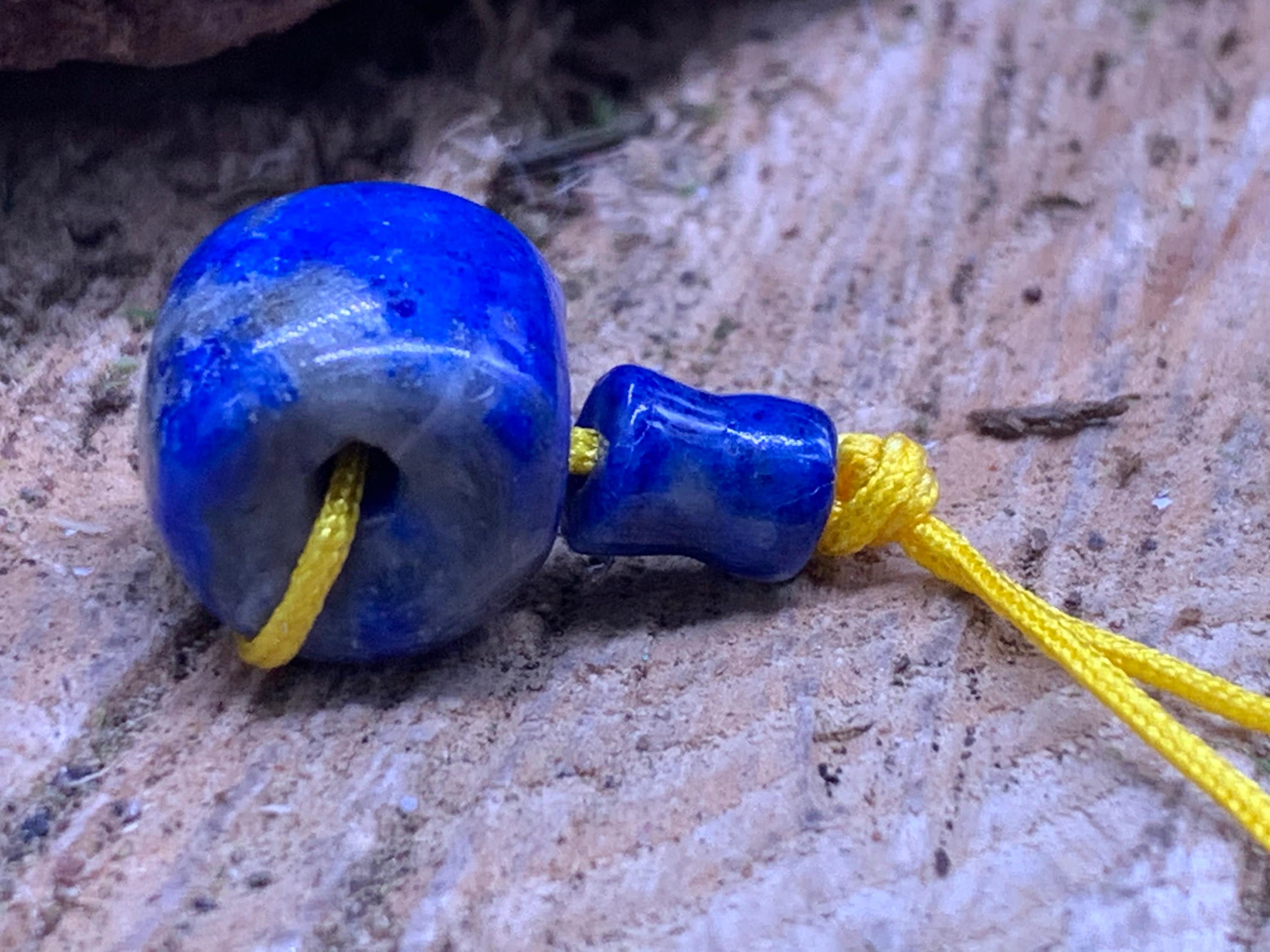 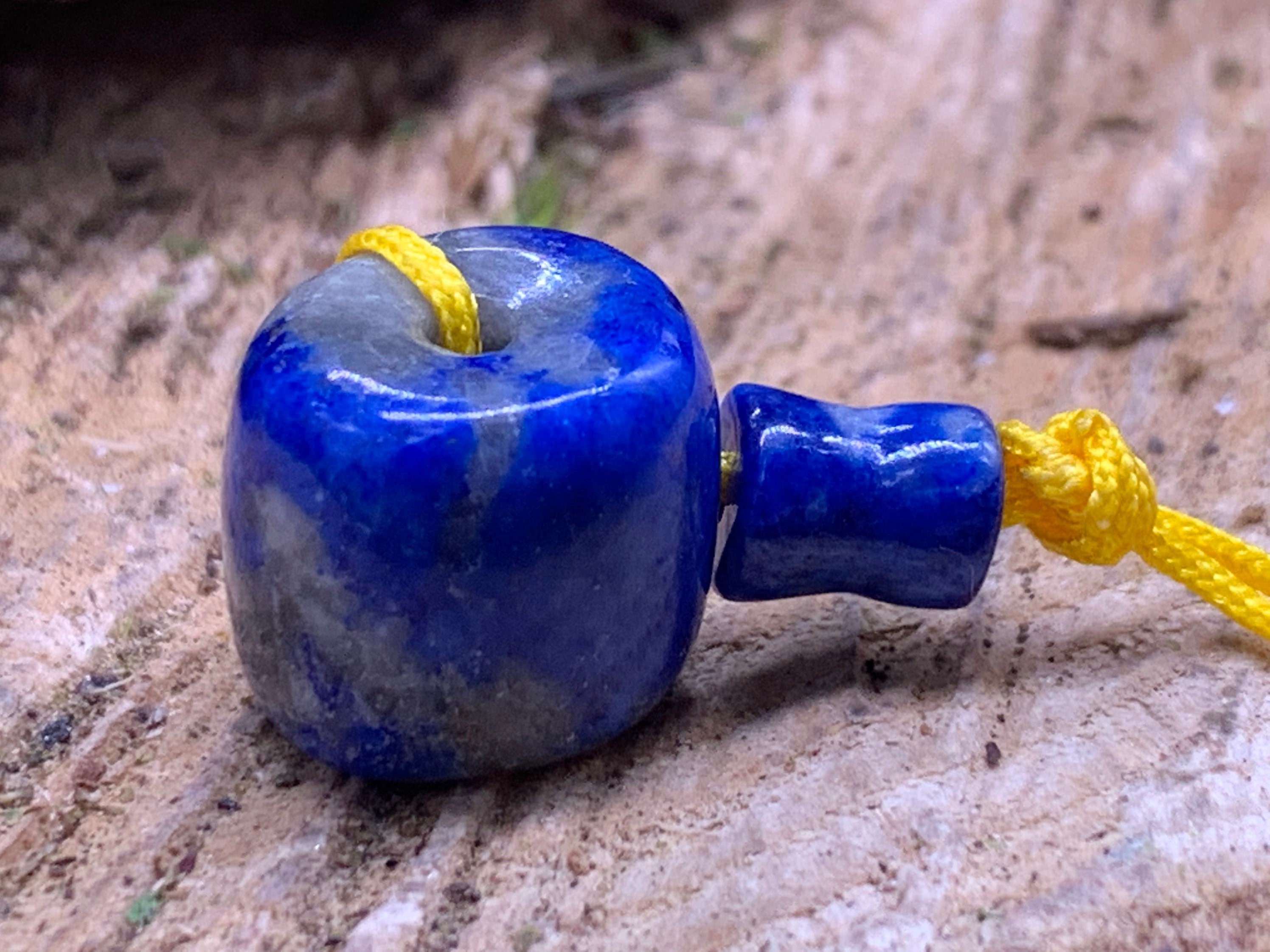 Denim Lapis has the brilliant blue and gold of higher end Lapis, as well as gray and white inclusions in marbled patterns. Lapis is highly regarded for its beautiful blue color flecked with gold inclusions of pyrite, and was prized in ancient times for the ultramarine dye derived from it. This dye was said to create Michelangelo’s favorite shade of blue. It is one of the world’s oldest known stones, mined since 4000 BCE, originally from the Lapis-Lazuli mine in Afghanistan.