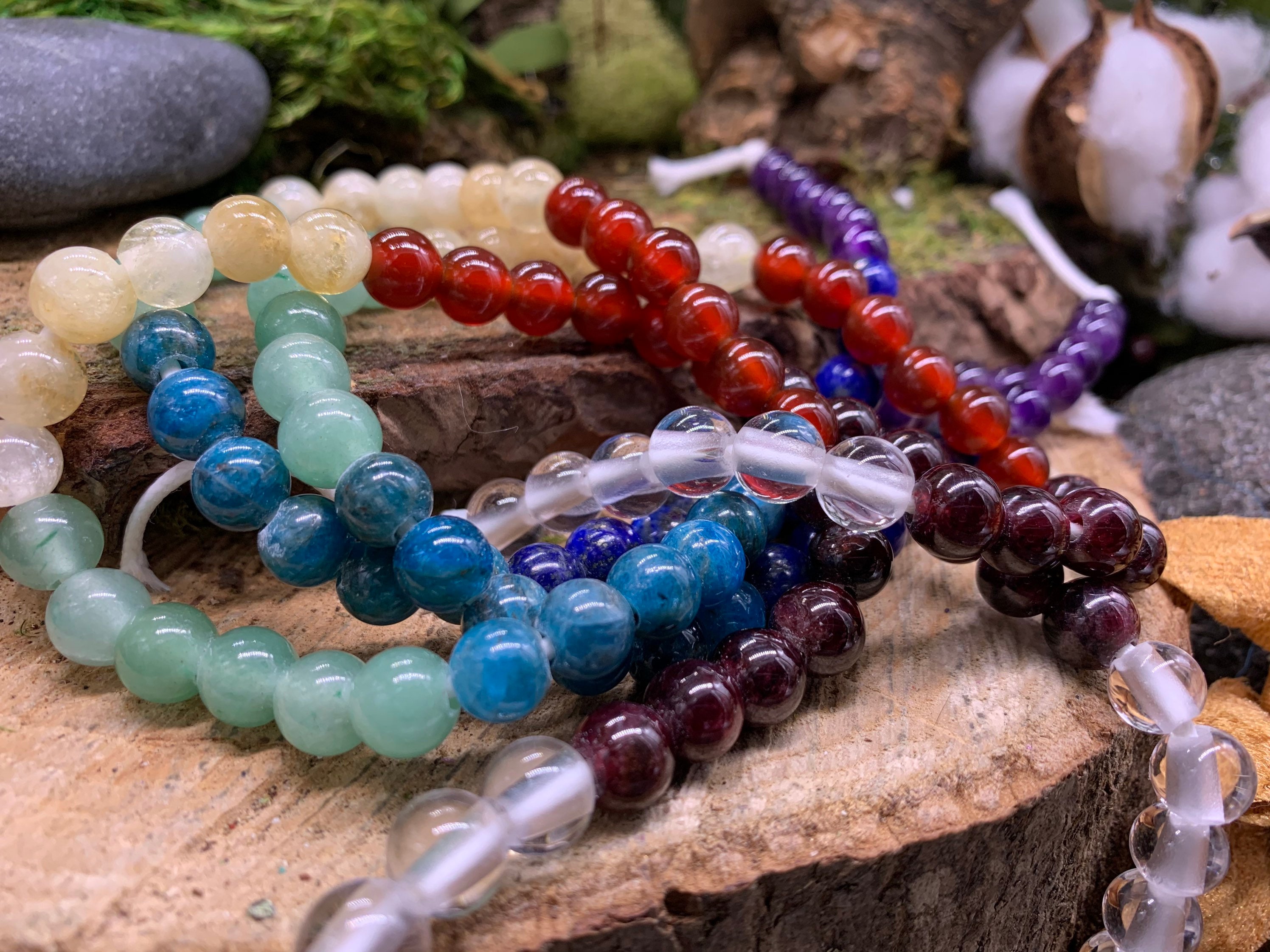 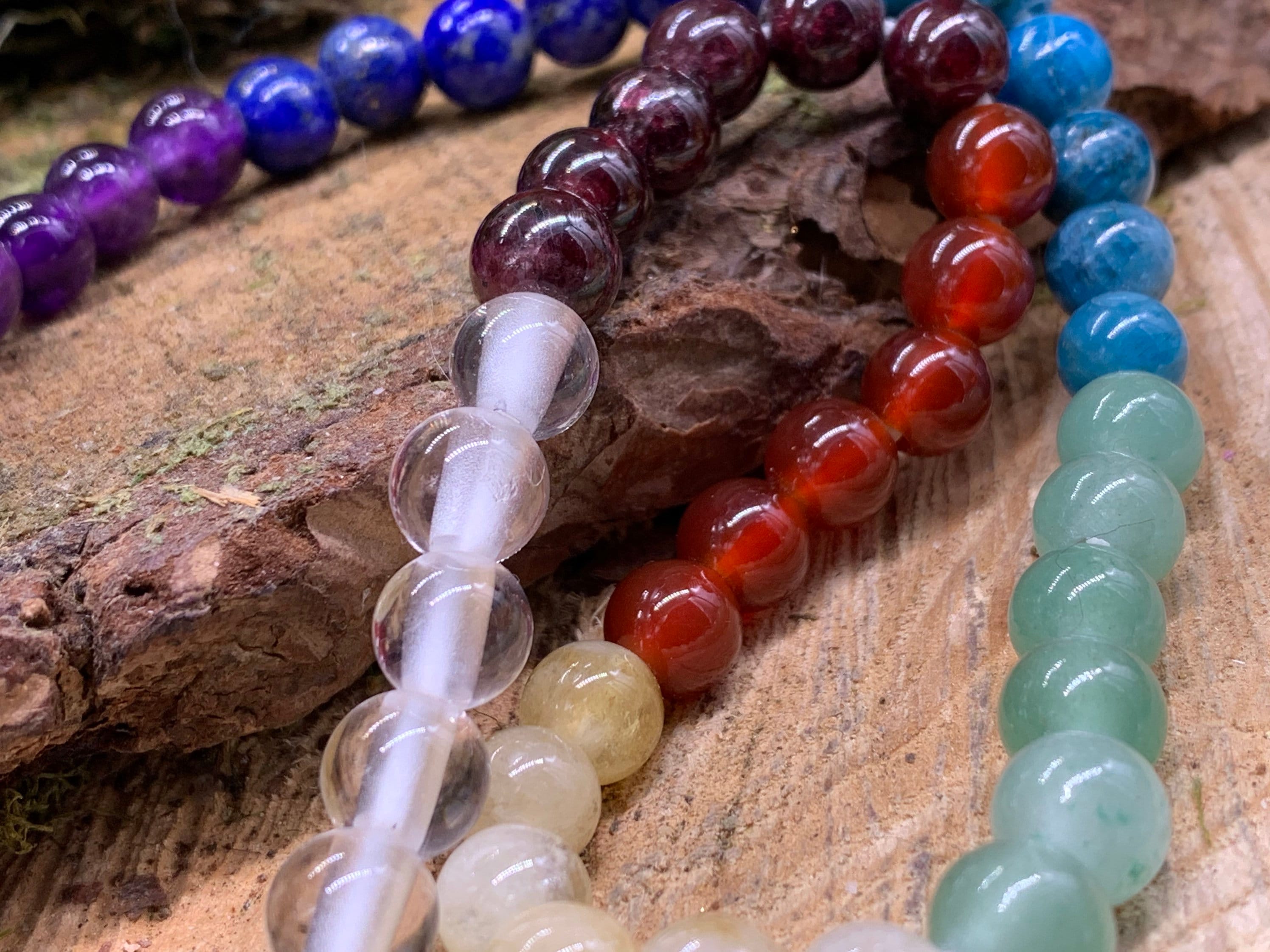 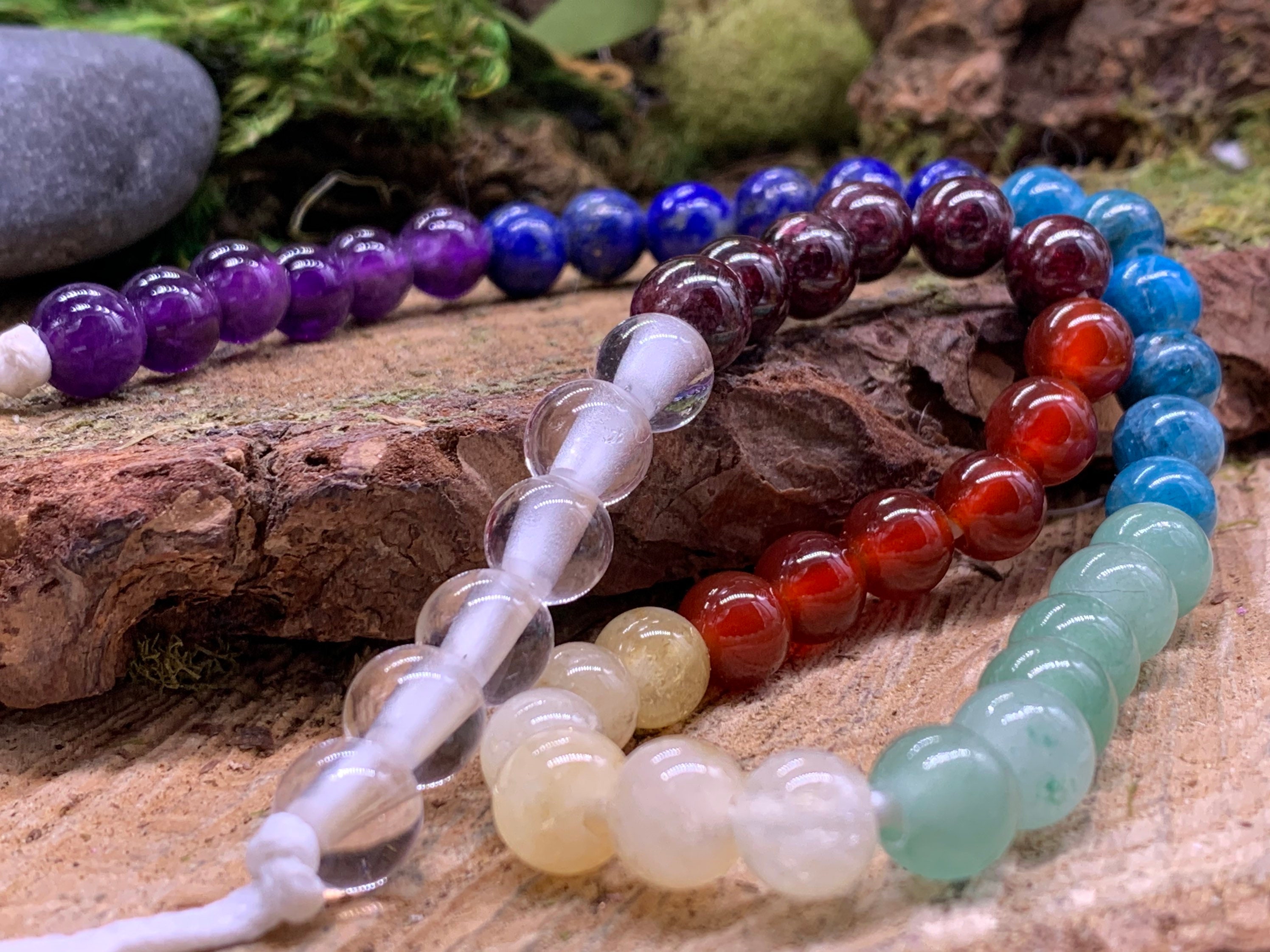 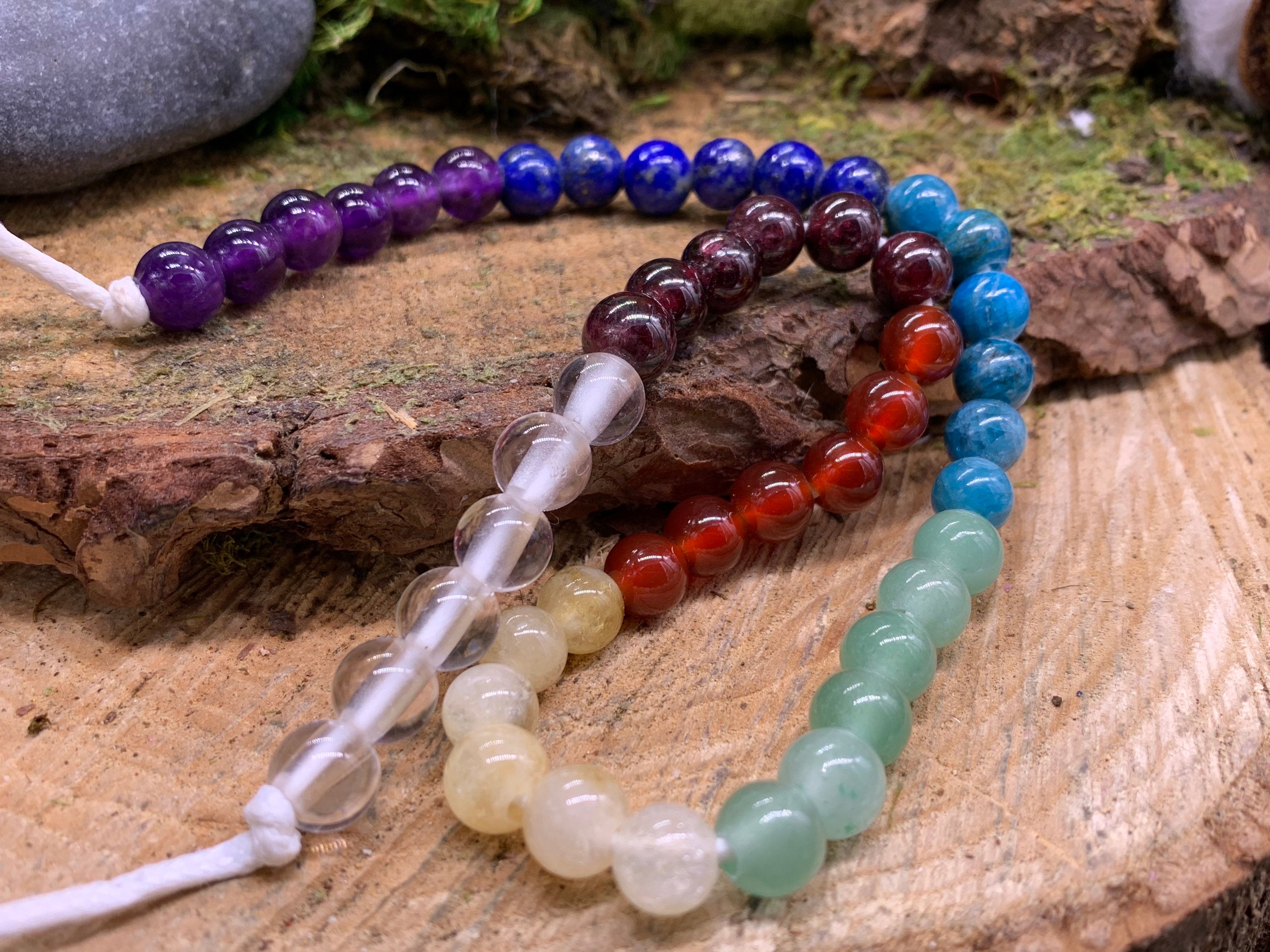 Amethyst is a beautiful purple stone, known as a “Gem of Fire” by ancient cultures. It has been greatly sought after throughout history and was at times valued as highly as Diamond. Today, this semi-precious variety of quartz is found in many locations around the world. The presence of Manganese within the stone produces the purple hue, and variation of the amount of iron in the stone creates a color range from reddish purple to deep violet to light lilac. The name derives from the Greek word for “not intoxicated” and was once believed to prevent drunkenness and overindulgence.

Lapis, or Lapis Lazuli, is a deep blue metamorphic rock used as a semi-precious stone that has been prized since antiquity for its intense color. During the Renaissance, Lapis was ground and processed to make the pigment ultramarine for use in frescoes and oil painting. It is not a mineral, but a combination of minerals, including lazurite, calcite, sodalite and pyrite.

Blue Apatite ranges in color from light teal-blue to bright blue to dark blue-green. It can be easily confused with other minerals due to its variety of colors and formations, and it’s name is derived from the Greek “apate,” which means to deceive. Blue apatite is metaphysically considered to be a Stone of Manifestation, promoting personal power and achievement of goals.

Green Aventurine is a green translucent quartz with glimmering metallic inclusions. Green is the most common color for Aventurine, but it can also occur as orange, brown, yellow, blue or gray. The color of Green Aventurine comes from Fushite particles within the quartz. It is known as the “Stone of Opportunity,” and thought to be the luckiest of all crystals.

Citrine is a transparent Quartz, ranging in color from pale yellow to golden yellow, honey or brown, giving it a similar appearance to Topaz. It may also contain rainbow-colored or sparkling inclusions. The name comes from the French word for lemon, “citron.” It was a prized gem in Greece as far back as 300 BCE.

Carnelian is a glassy, translucent stone that can appear with such bright orange hues that the ancient Egyptians called it “the setting sun.” Most deep red Carnelian has been heat treated to darken the beautiful orange and red tints that are created by iron oxides in the stone. Ancient warriors wore Carnelian for courage and power, and it has been used throughout history for various purposes, including to ward off illness and the Plague.

Red Garnet is the most commonly known type of Garnet, which occurs in many colors. Garnet has been used for adornment and spirituality by myriad cultures and civilizations throughout history, its oldest known use being in Egypt more than five thousand years ago. Garnet is used today not only as an ornamental gem, but also for industrial purposes from watch gears and scientific instruments to sandpaper and other abrasives.

Crystal Quartz is a naturally occurring clear and colorless Quartz. It is a crystalline form of Quartz said to have many divine properties including the ability to amplify and radiate the energy put into it and help individuals achieve their goals. Due to its color and clarity, until the 17th century Crystal Quartz was believed to be permanently frozen water.


Disclaimer
The holistic information provided in this listing not intended as a substitute for a treatment or cure for any ailment, or is to be used in any part as a diagnosis for illness. Any medical, health or psychological references presented in this listing are not intended to replace professional diagnoses and treatments from medical providers. As such, Whimsy Fox Supply disclaims any and all liability from the holistic and metaphysical information provided on this website, where the user assumes and is aware of any risk related to the healing properties of stones.

Visit our shop for more great stone donuts! When all in stock, we have over 40 types. We also carry imported Czech glass beads and unique pendants.