Labradorite Large Hole 10mm Round - one 8 inch strand
Spend $35 or more and get FREE shipping! 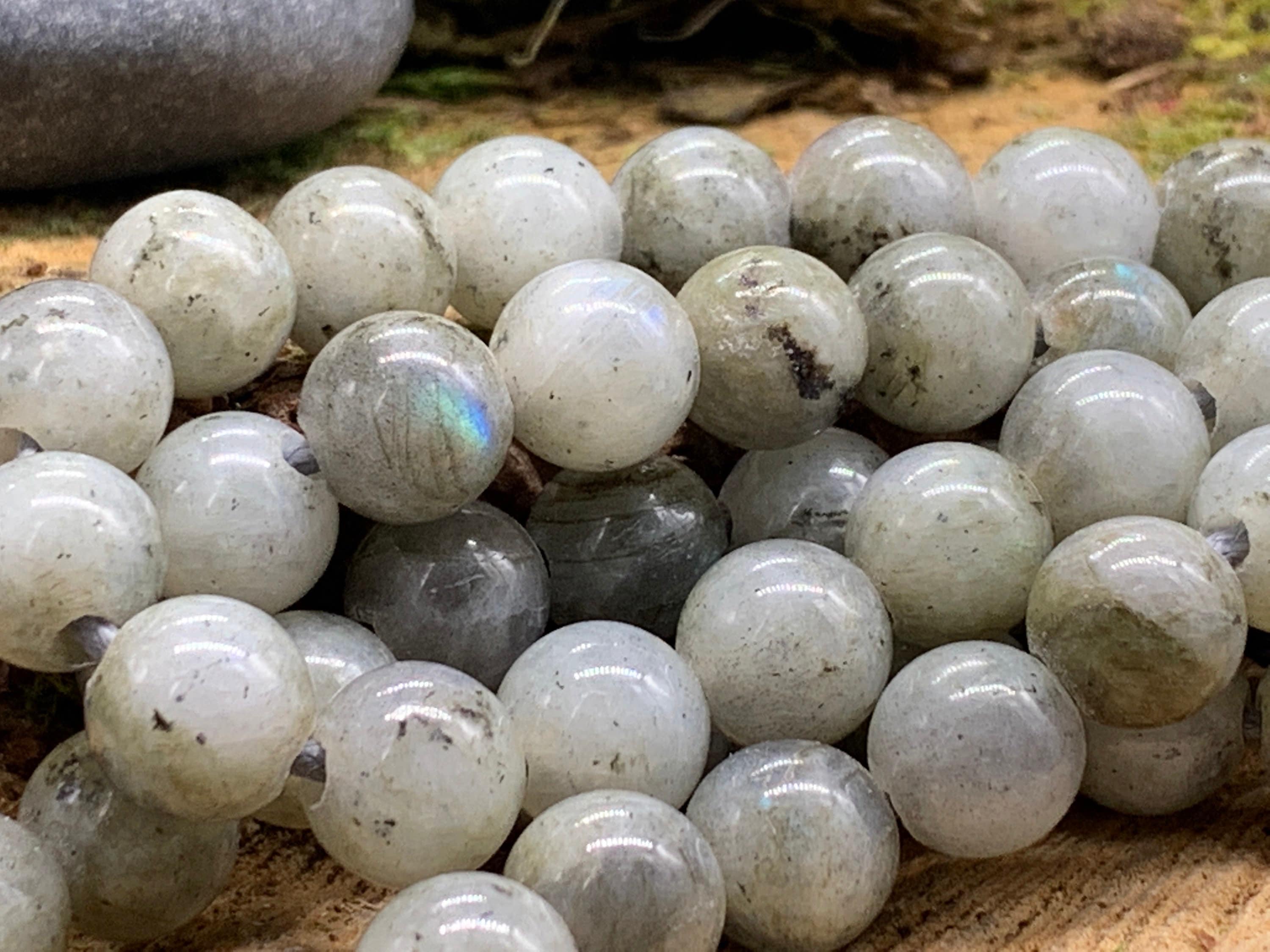 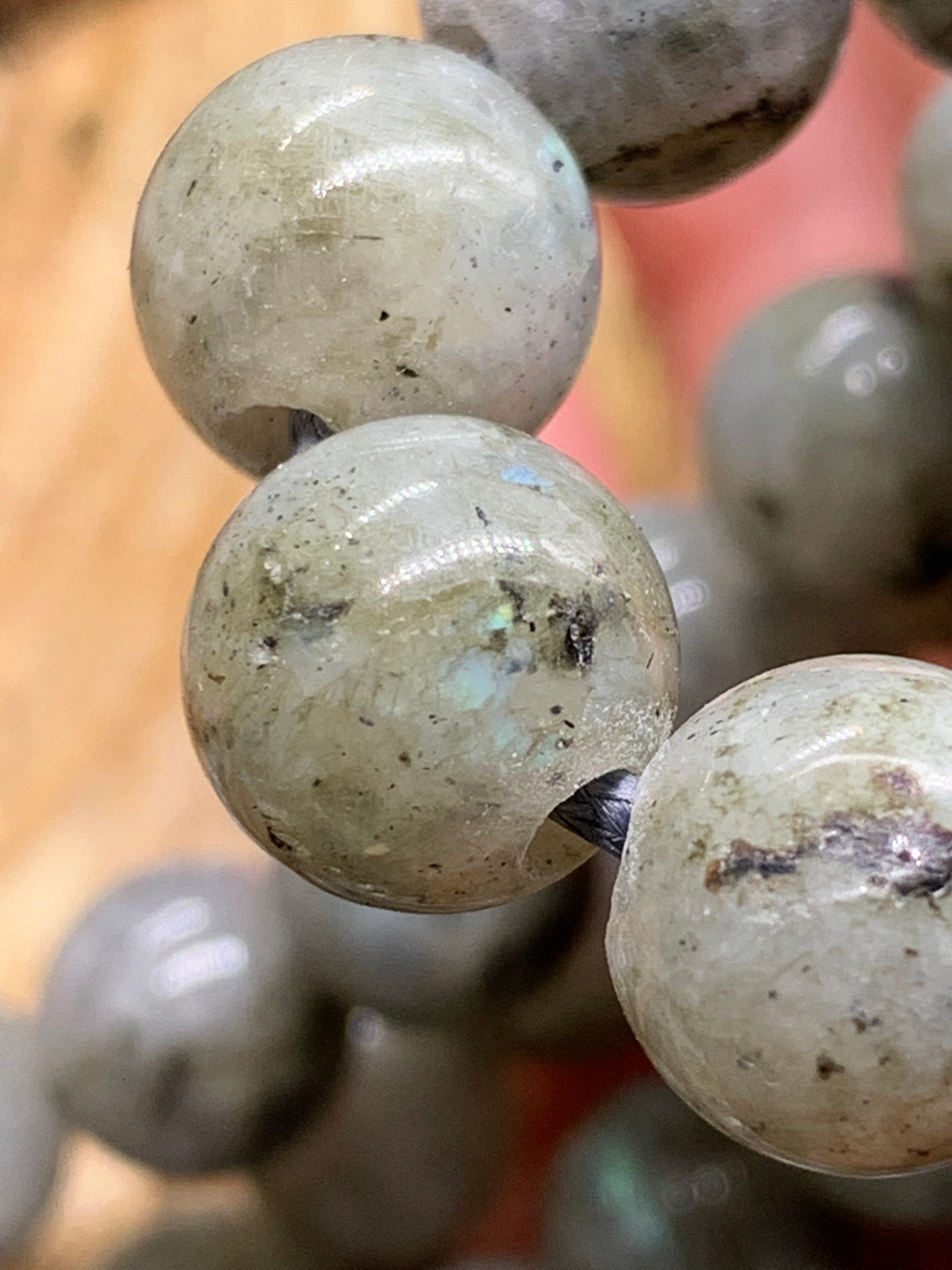 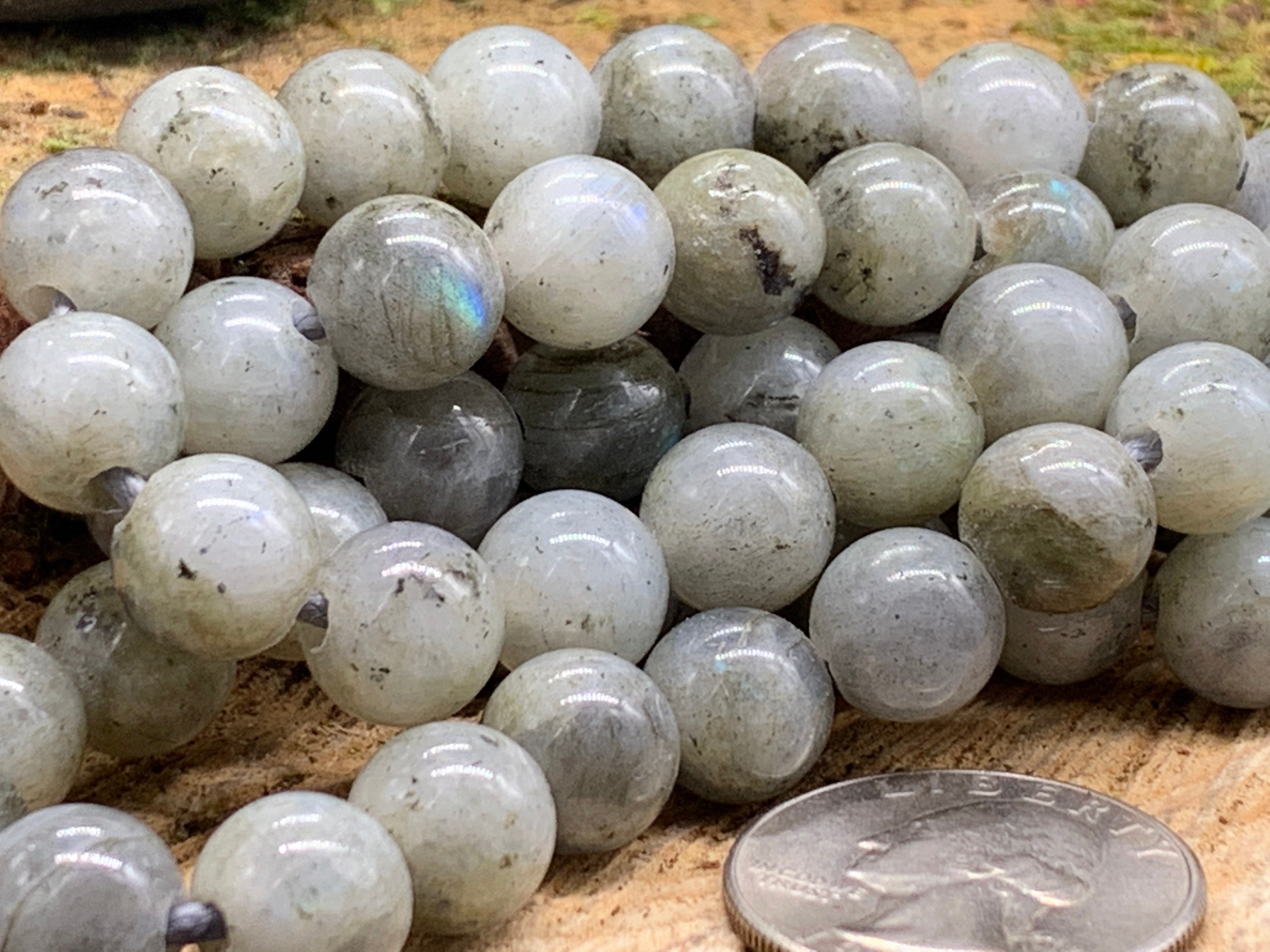 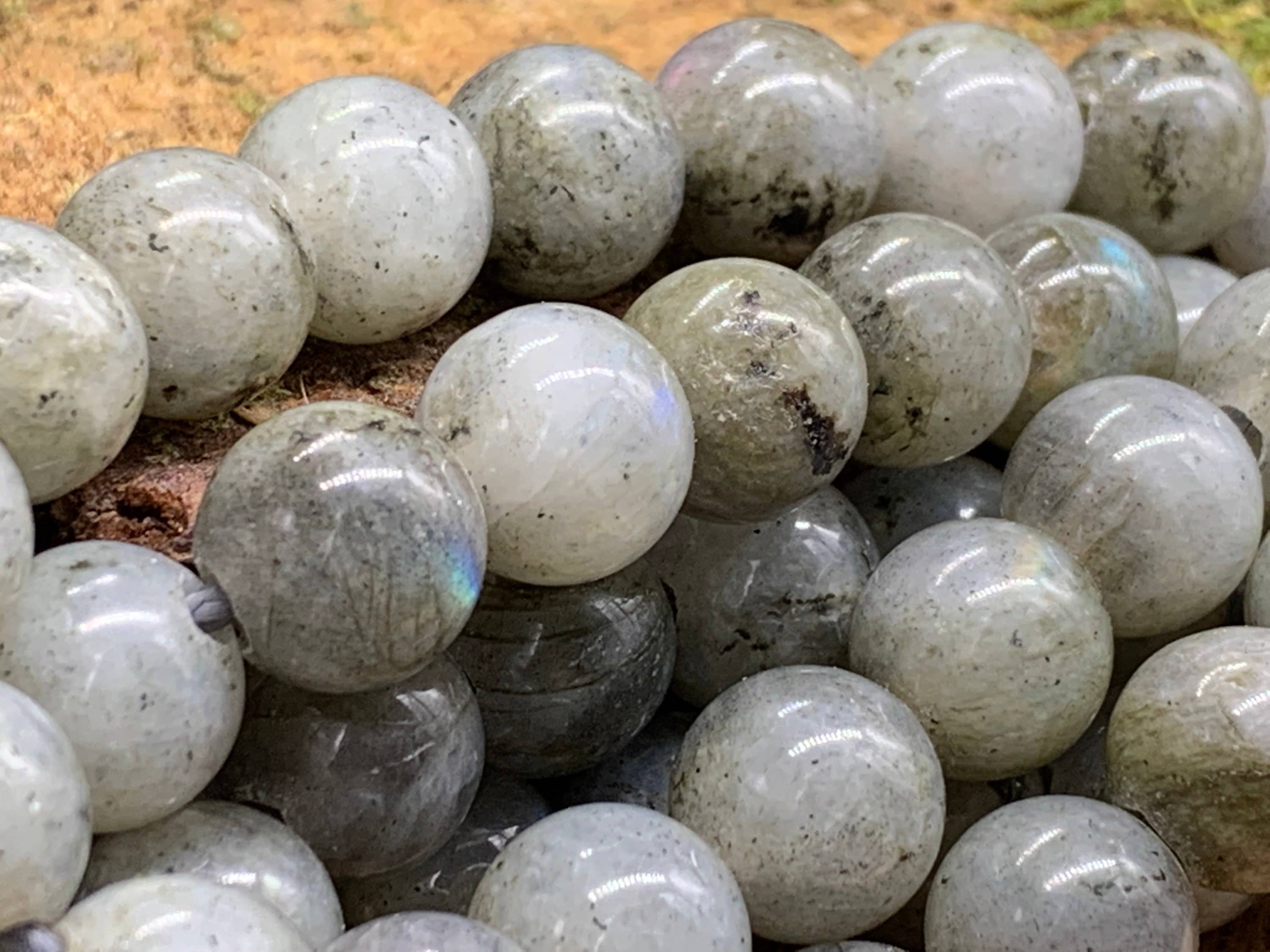 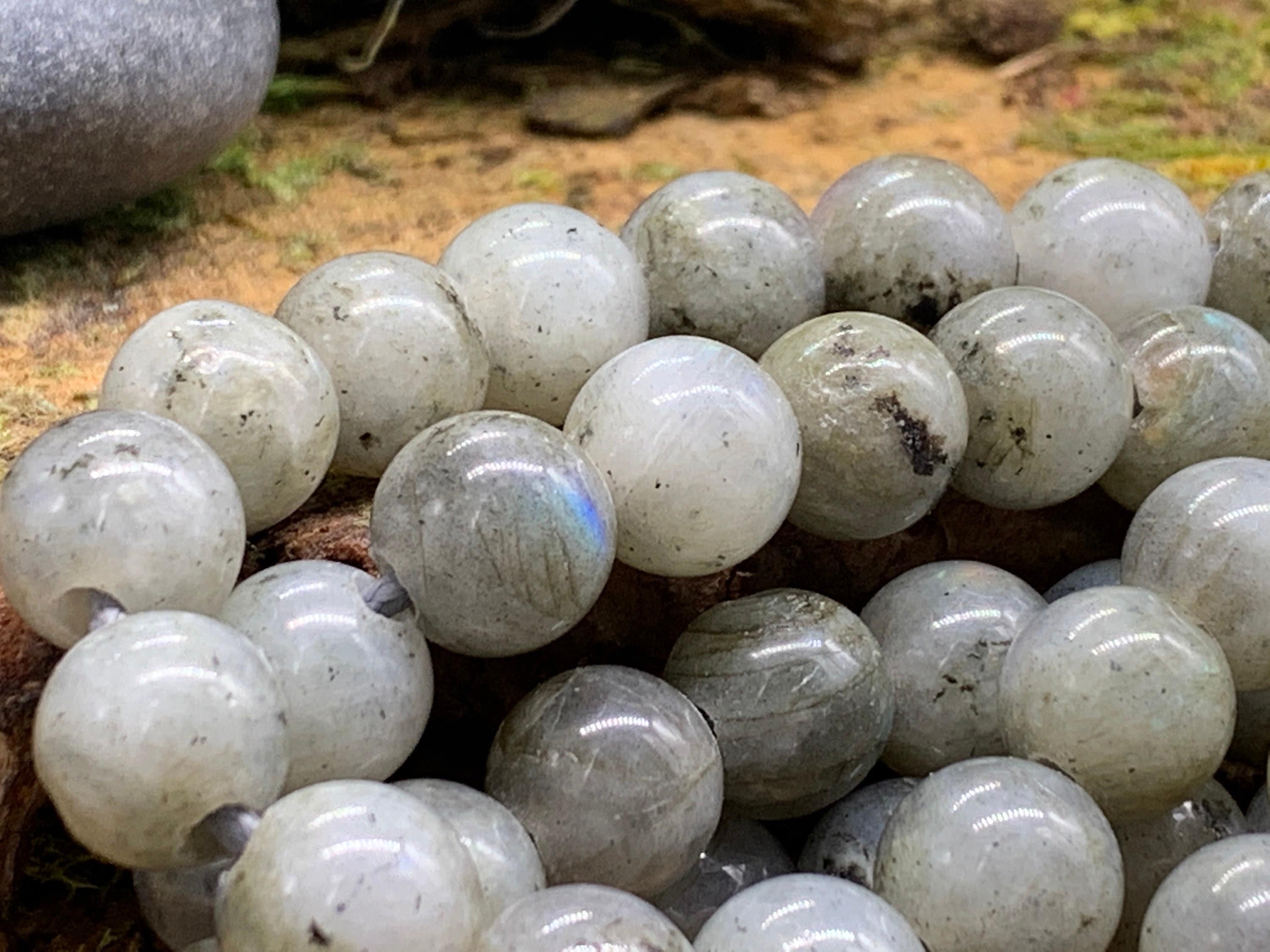 Labradorite is remarkable for the way its aggregate layers refract light, creating iridescent flashes of blue, gold, pale green or copper red. This effect is known as “labradorescence,” taking its name from the stone. Labradorite is usually gray-green, dark gray, light gray or black. It was discovered in Labrador, Canada in 1770 and named for the area, though it is referenced as a highly revered stone in much older Inuit tribal legends.